Since I was away for almost 1,5 months in Nepal and Thailand, and also quite inactive in this blog for sometime due to various things going on in life, I thought a recount of a very recent snowboarding trip in the Polish mountains will push me back on to the blogging track again, which I do love and miss doing. I hope all my blogging friends are doing well 🙂

My husband had been very eager to snowboard this season. He ordered a brand new snowboarding jacket from Sweden and I bought the gear, although used, for myself.  It had already been two years since we last went on a snowboarding trip, as last winter we were too busy with renovating our new apartment. So this year we didn’t want to waste any time, and as soon as we saw that there was enough snowfall for a resort to open, we headed there with two of our friends. The ride was almost 5 and a half hours long to the south of Poland, and all of us had worked during the day, so it was a long evening drive to the hotel near the ski resort.

I was surprised how much I had forgotten on my first day at the slopes. The first round was just trying to remember the little things I had learned in the previous seasons, which was honestly not that much. From thereon, it started getting better. I continuously kept falling when trying to switch the sides using my legs, but that’s what everybody goes through.

My favorite aspect about snowboarding here in Poland is sipping mulled wine from the restaurants during breaks, along with other good stuff like soups, fries and grilled meat. The wine did help in handling the pain better and made me embrace the falls 😉 However I was worn out by the end of the day. We then went to a thermal pool, another popular activity in Polish mountains, especially among people who do winter sports. The hot, thermal waters of the pool healed my exhausted body almost  completely. We chose a pool where it was possible to buy drinks, and my friends tried the local drink called śliwowica, which apparently can contain up to 70% alcohol. I passed on that one and I’m glad that I did after seeing the expression of my friends who I consider to be seasoned drinkers. It was nice to socialize in the pool and later in the hotel as we were snowboarding individually during the day because of our different stages and skills.

On Sunday, the temperature rose to 5 degrees which made the ground on the slope icy and hard. This made the pain after each fall excruciating and it took me about a minute to just come to my senses after each fall. However I didn’t give up, and after the falls and blue knees, on my last round I could snowboard normally without falling or braking too much. This was when I finally got a taste of the exhilarating feeling one gets when snowboarding down a hill. The plus sides to the sunny day were of course good views and a beautiful display of colors during sunset.

One of the lessons I’ve learned over the years as I’ve gotten older is that it takes a lot of  effort, time and hard work to be good at something. I guess I knew it for a long time but I have started to really understand it during the last few years and the snowboarding trip this weekend was another reminder.

18 thoughts on “First snowboarding this season” 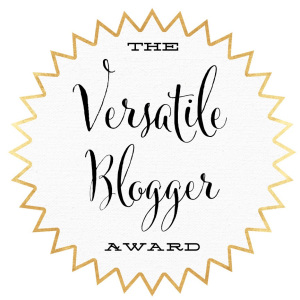